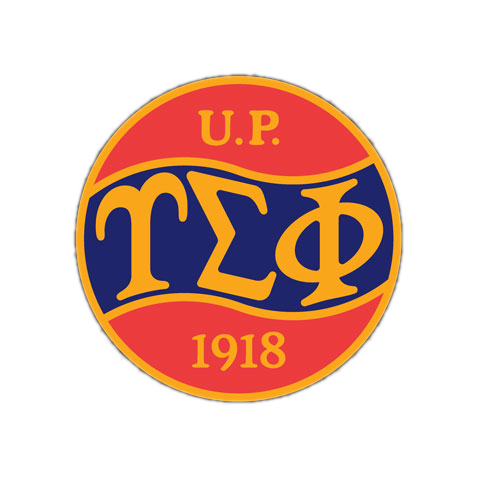 Founded in 1918, Upsilon Sigma Phi (ΥΣΦ) is the oldest fraternity in Asia. Based in the University of the Philippines, it has had an unbroken and singular association with the premier state university.

It currently has two chapters — a combined UP Diliman/UP Manila chapter and a second one in UP Los Banos.

From the start and through its 100 years of existence, Upsilonians took it upon themselves to continue the tradition of excellence and leadership that the university was founded on.

Celebrating its 100th year, the members of Upsilon Sigma Phi honor its long history and look forward to upholding its legacy by continuing to scatter its light to the nation. 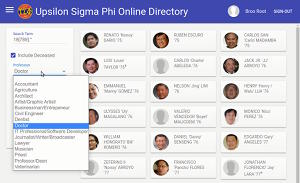 In 1984 when computers were still at their infancy in the university, a discussion was held on transcribing the Upsilon roster to digital format. The software ecosystem during that time, which had to fit in 64Kb of memory and was mostly developed using assembly language, was very limited. The following is an excerpt of a conversation back then:

It did not surprise anyone when Microsoft, during the early 1990s, recruited Jorge Apacible'82 to join them in Seattle. Jorge'82 later became Director of Engineering for Microsoft Research.

Previous attempts at an online database development eventually fizzled out due to the amount of work required to support Identity Access Management, an essential feature to secure our privacy. We have jumped over this hurdle by integrating with OAuth2 standard protocol and have taken advantage of the fact that most fellows have Facebook and Google accounts. We no longer have to deal with email verification or forgotten passwords. Now, these companies share data with us without any reciprocity. In the future, we will also support logins through other social media platforms like Twitter, GitHub, Yahoo, Microsoft and Apple.

All past development efforts have been lost as the previous source codes were not kept in revision control. The development team has employed the use of a private GIT repository to store all code revisions. We will be providing future Mobile App developments access to the database via REST API. This scheme ensures that only one version of our database exists rather than multiple excel spreadsheet versions floating around the fellowship.

How we employed Machine Learning to build our Database.

We only had access to the pdf format of the Upsilon Redbook released during the centennial celebrations. The data was mostly unstructured where some records spanned across columns and pages. Not only was there a non-standard record delimiter, but the types of data found in each record also varied. A record that spanned multi-lines may have included university courses, professions, home and business addresses, birthdays, et al., while others would only have their batch, chapter and profession. Not to mention that labels were non-existent.

The basic problem set was: How do we extract data from an unstructured source to create a database that follows a strict schema. Natural Language Processing (NLP) is a branch of Artificial Intelligence (AI) that studies how machines understand human language. Entity Analysis is a subset of NLP. We've employed entity analysis to extract the various entities (addresses, emails, phone numbers, professions etc). These entities would then allow us to develop our database and other application features i.e. mapping our locations. 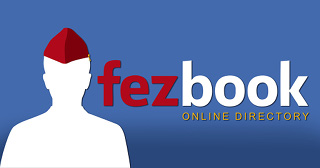